Marcia Avner is a consultant whose practice includes advocacy strategy, issue campaign design, organizing, lobbying, and media training, curriculum development, and facilitation. She works with nonprofits, foundations, and academic centers on initiatives to advance advocacy. Ms. Avner has authored The Lobbying and Advocacy Handbook for Nonprofit Organizations: Shaping Public Policy at the State and Local Level (2002), and The Board Member’s Guide to Lobbying and Advocacy (2004) published by Fieldstone Alliance. 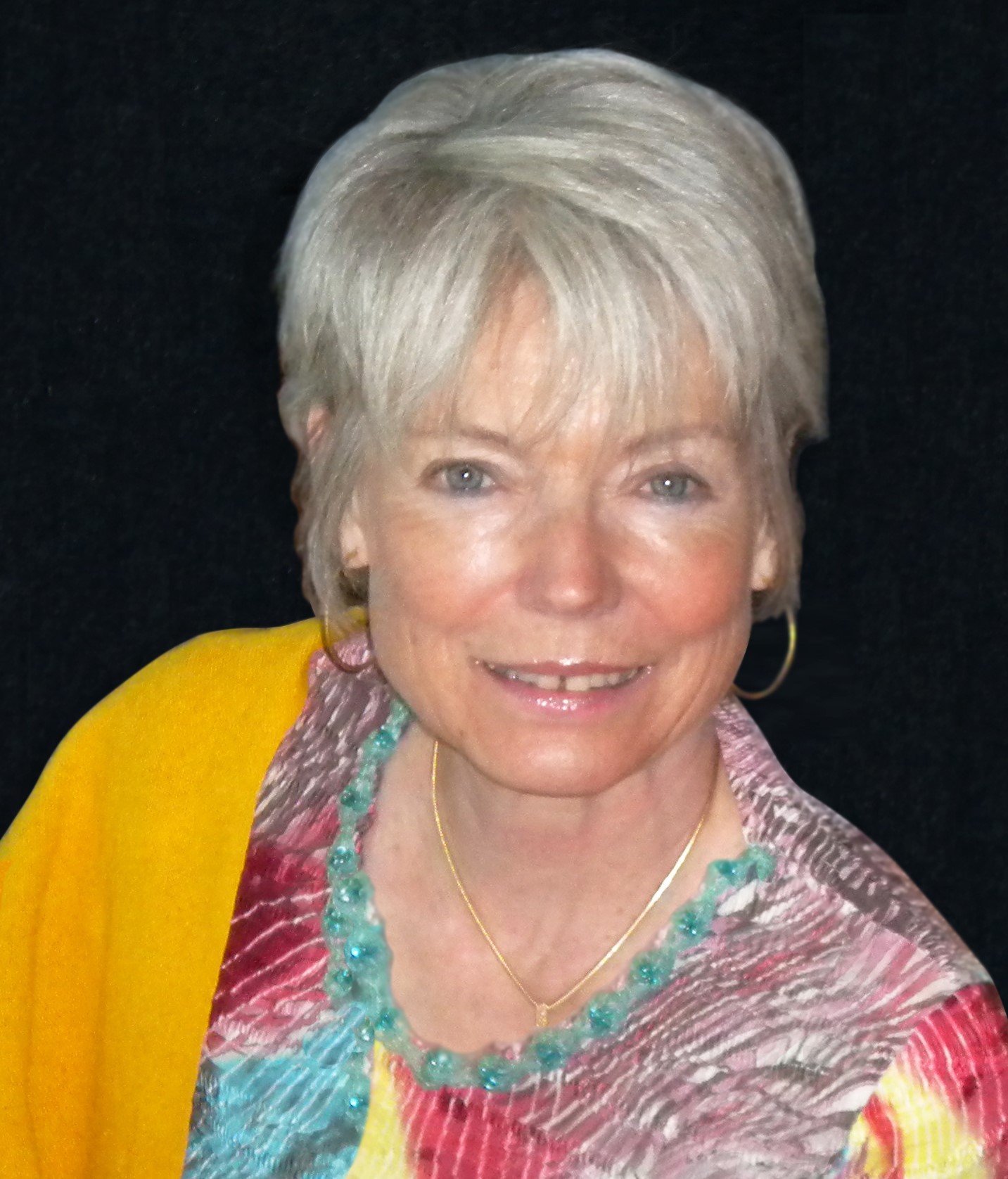 Anne Bartley has been involved with civil rights, civic engagement, and human rights as an activist and funder, both as an individual and on foundation boards. She has participated in founding several organizations, including but not limited to: the Threshold Foundation, the Funders Committee for Citizen Participation, the Forum Institute for Voter Participation, Vote Now '92 and '94, America Coming Together (ACT), Democracy Alliance, America Votes, and Committee on States. She is currently on the following boards: the Bauman Family Foundation, the Rockefeller Philanthropy Advisors, America Votes, Rockefeller Brothers Fund, the Advisory Councils for Project New West and an overseer for TAI SOPHIA. She is married to Larry McNeil, a former IAF organizer and former director of the Institute for Change at SEIU. They have five children and two grandchildren. 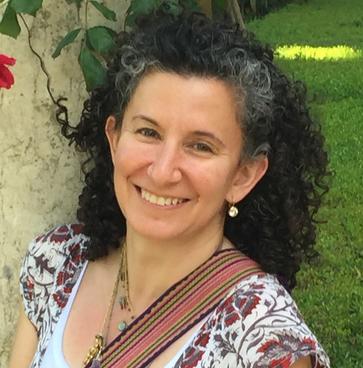 Amy Bauman is a clinical social worker specializing in adolescent and trauma care in New York City. She holds a Masters of Education, a Ph.D in the Social Foundations of Education, and a Masters of Social Work. In addition to her professional experience as a social worker, Amy has spent eight years teaching at both the primary and secondary levels. She has authored and co-authored multiple publications in professional journals and edited volumes including “Cracks in the Armor: The Unspoken Lives of White Privilege” in Postcritical Ethnography: Reinscribing Critique, and “Music Matters: Asking Questions, Fostering Agency, and Building Community in Arts-Based Educational Programming” in the Journal of Thought. 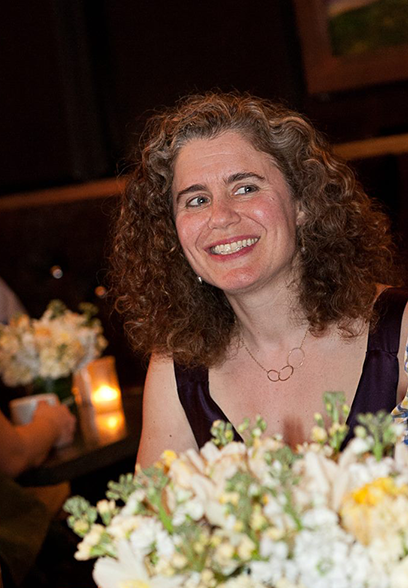 Jessica Bauman has been working as a director in New York and regionally for more than 15 years. Her work has been seen at theatres such as New Georges, New York Theatre Workshop, Soho Rep, the Public, Juilliard, Rising Phoenix Rep and the 52nd Street Project. Regionally, she has worked at Portland Stage Company, Shakespeare Theatre of NJ, Theatre Outlet (Allentown, PA) and the O’Neill. Most recently, she directed Into the Hazard (Henry 5), her own six actor adaptation of Shakespeare’s Henry V. Ms. Bauman was a finalist for the 2007-2009 National Endowment for the Arts/Theatre Communications Group Career Development Program for Theatre Directors. She is a graduate of Yale College. 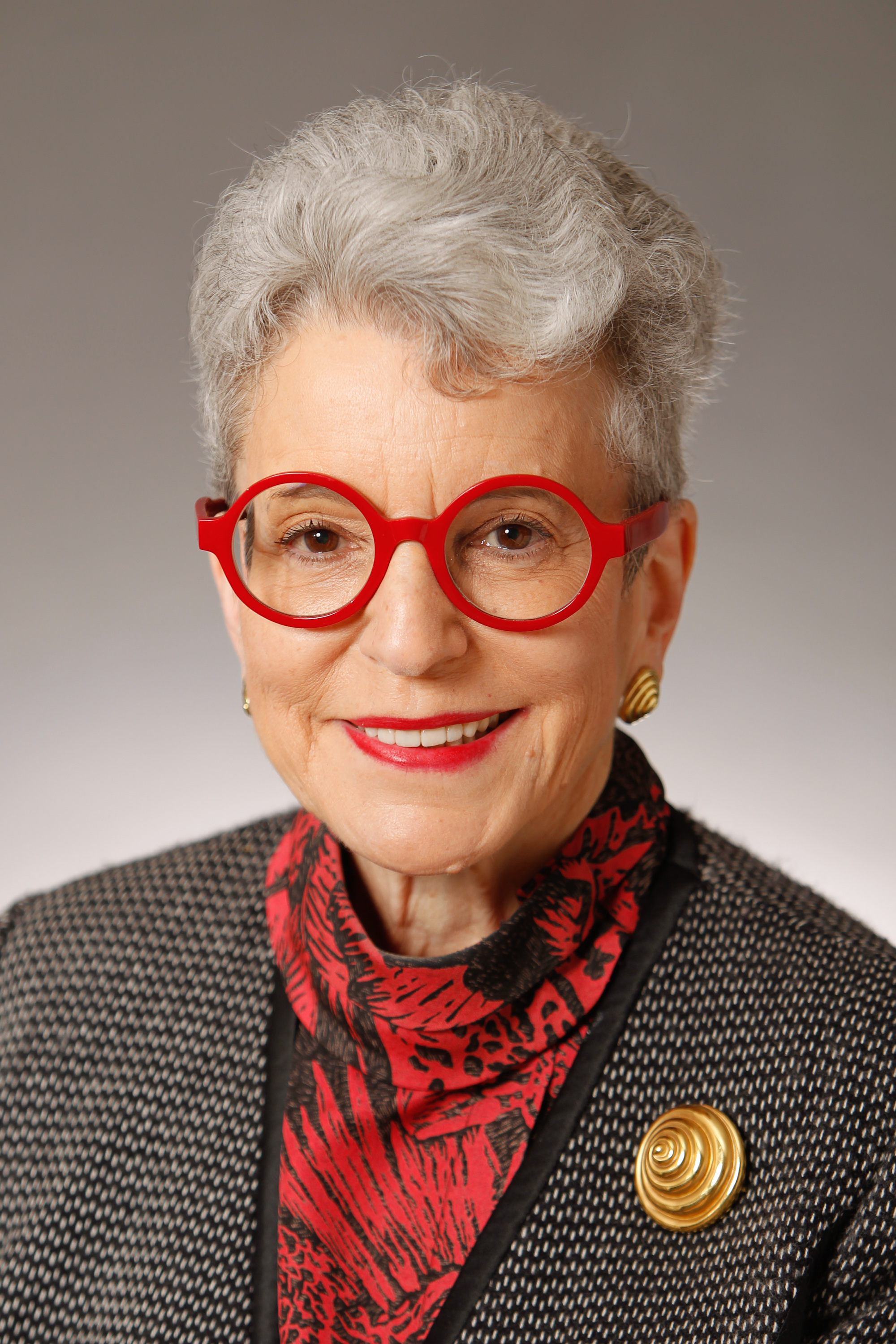 Patricia Bauman has directed the Foundation since its inception. She has shaped its activities at the intersection of human health and environment and has been a leader in fostering right-to-know and open government initiatives. Since the early 2000s she has steered the Foundation towards civic engagement work with an emphasis on voter enfranchisement.  She is Chair of the Natural Resources Defense Council Action Fund, Co-Chair of the Brennan Center for Justice, a Trustee of Montefiore Medical Center, a board member of NEO Philanthropy and Working America Education Fund, and a Manager of Catalist LLC. Ms. Bauman is a graduate of Radcliffe/Harvard College, Columbia University School of Public Health, and Georgetown University Law Center. 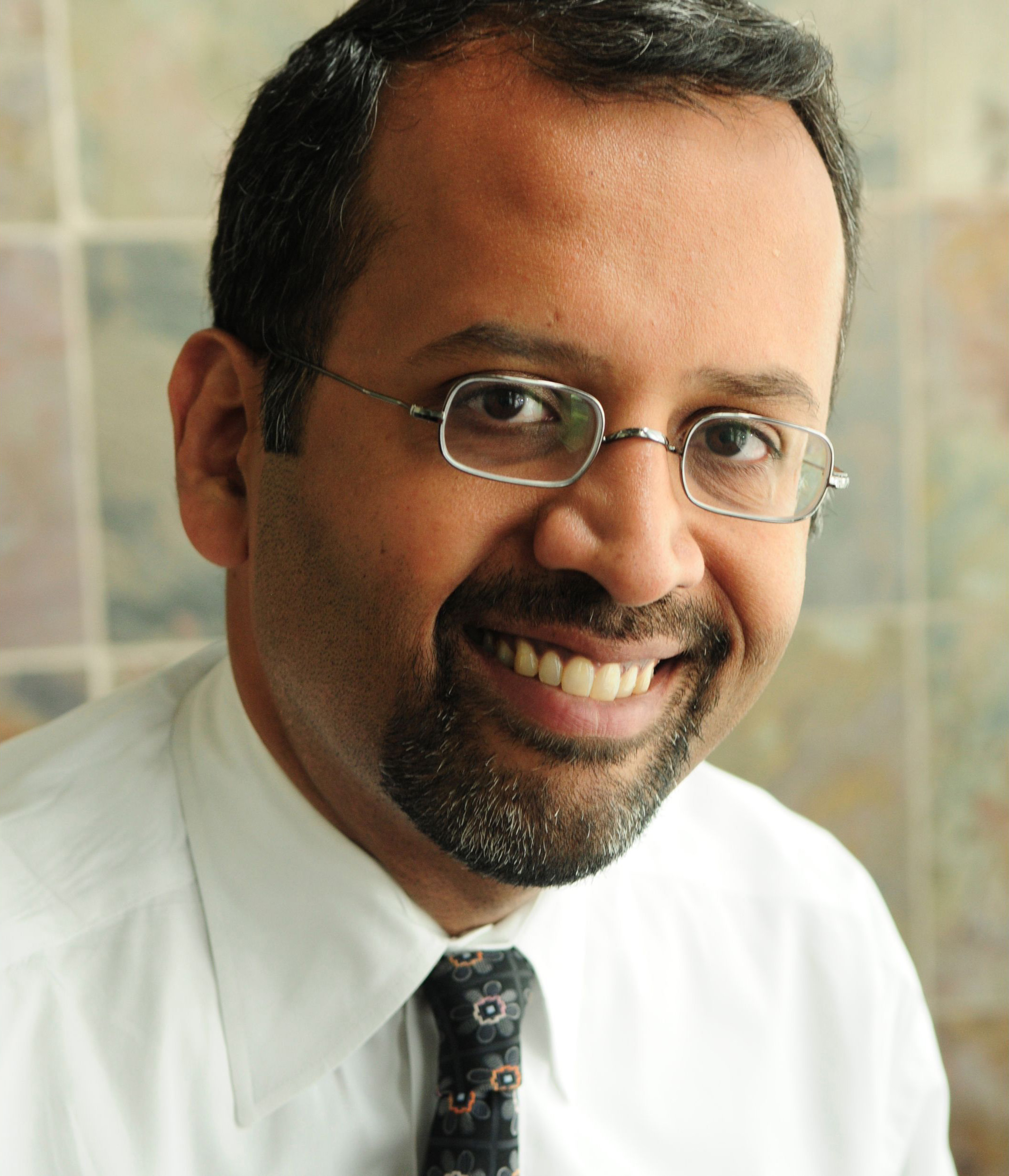 Deepak Bhargava is Executive Director of the Center for Community Change, a national non-profit organization whose mission is to develop the power and capacity of low-income people, especially low-income people of color, to change the policies and institutions that affect their lives. Mr. Bhargava currently serves on the boards of the Discount Foundation, The Nation editorial board, the National Advisory Board for the Open Society Institute, and Democracia Ahora. Born in Bangalore, India, Mr. Bhargava immigrated to the United States when he was a child. He grew up in New York City and graduated summa cum laude from Harvard College. 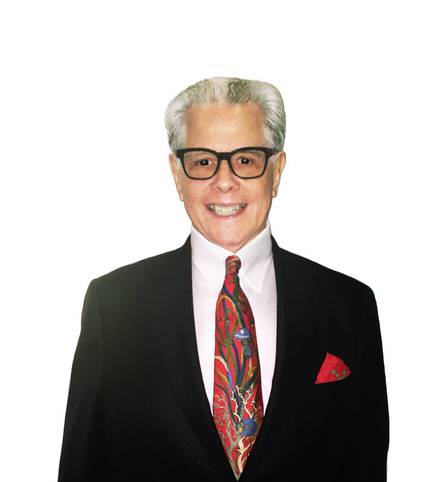 John Landrum Bryant has co-directed the Foundation and remains responsible for investment policies and program oversight. A graduate of Georgetown University Law Center, he was President of the National Park Foundation for many years before joining the Foundation. He is a polymath designer of jewelry, furniture, lighting and bath and home accessories. 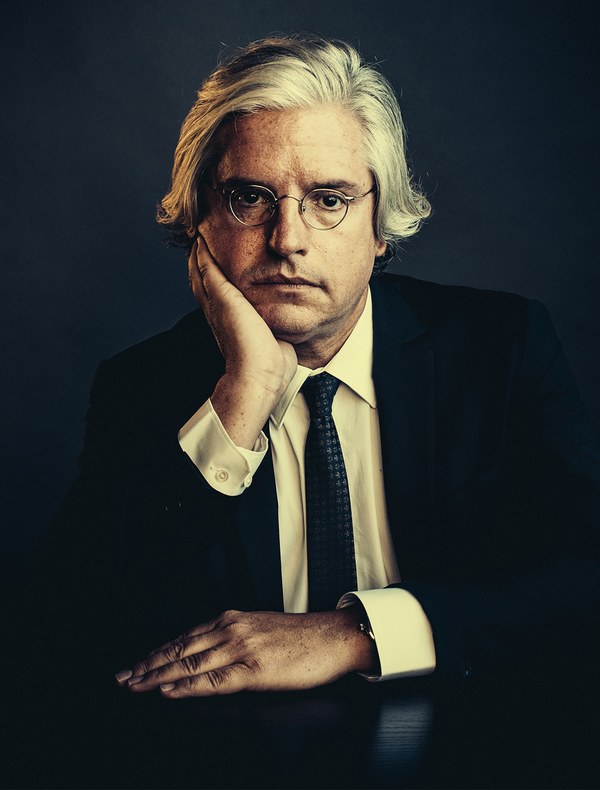 A leader in the burgeoning progressive movement, David Brock is the founder and CEO of Media Matters for America, a progressive media research and information center dedicated to holding our news media accountable. David's leadership at Media Matters has had a profound impact on the national media debate.

Brock is also the author of five books, including The Republican Noise Machine: Right-Wing Media and How It Corrupts Democracy (Crown, May 2004). In his preceding book, Blinded by the Right: The Conscience of an Ex-Conservative (Crown, March 2002), a 2002 New York Times best-selling political memoir, he chronicled his years as a conservative media insider. Brock's latest book, Free Ride: John McCain and the Media (Vintage Anchor, April 2008) was a case study of the national media's uniquely favorable treatment of Sen. John McCain over the course of his career and was named a Washington Post best-seller.

Anne Hess is a philanthropist and political activist living in New York City. She serves on several boards and has provided technical assistance and consultative services to many community based and progressive organizations in the areas of program, staff and board development for more than thirty years. She is a co-founder and current co-Chair of MADRE, an organization which provides technical assistance and direct support to women’s groups all over the world (1983-present). Ms. Hess is a member of the Board of Directors of the Community Resources Exchange, where she served as Board Chair for six year. CRE provides managerial and technical assistance to Community Based Organizations throughout New York City. She is also on the boards of Alliance For Justice in Washington, DC, and Democracia USA. 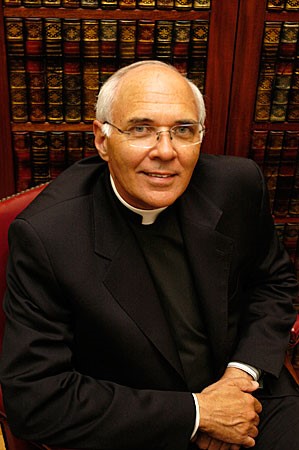 Kevin W. Irwin holds a Master of Divinity and Doctor of Sacred Theology. He is Ordinary Professor of Liturgical Studies and Sacramental Theology and the Msgr. Walter J. Schmitz, S. S. Professor of Liturgical Studies at Catholic University of America In addition to his many books and articles, Msgr. Irwin co-edited the Georgetown University Press volume, Preserving the Creation: Environmental Theology and Ethics, to which he contributed an essay on the sacramentality of creation and the role of creation in liturgy and sacraments. 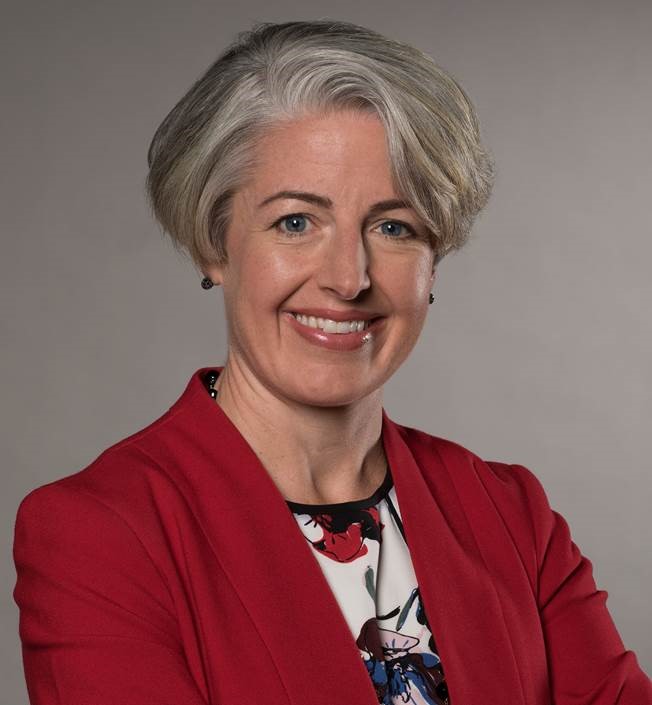 Mary Kusler is the Senior Director for the Center for Advocacy. Prior to assuming the Senior Director role, Mary was the Director of Government Relations for the National Education Association. In her current role, she oversees NEA's advocacy work on behalf of students representing over 3 million educators across the country.

Prior to joining NEA, Ms. Kusler served as the Assistant Director of Policy and Advocacy for the American Association of School Administrators for almost a decade. In her role with AASA, she represented more than 13,000 school superintendents and local educational leaders before members of Congress.

Currently, Mary is the chair of the board for the State Innovation Exchange, national resource and strategy center that supports state legislators in advancing and defending progressive policies across the country.

Ms. Kusler has served as an executive committee member and past president for the Committee for Education Funding, chair of the National Coalition for Public Education, a national coalition of education and religious liberty organizations dedicated to fighting against vouchers.

A native of New York, Ms. Kusler graduated from Fairfield University with a bachelor's degree in theatre and politics. She completed her master's degree in public policy at George Mason University in Virginia. 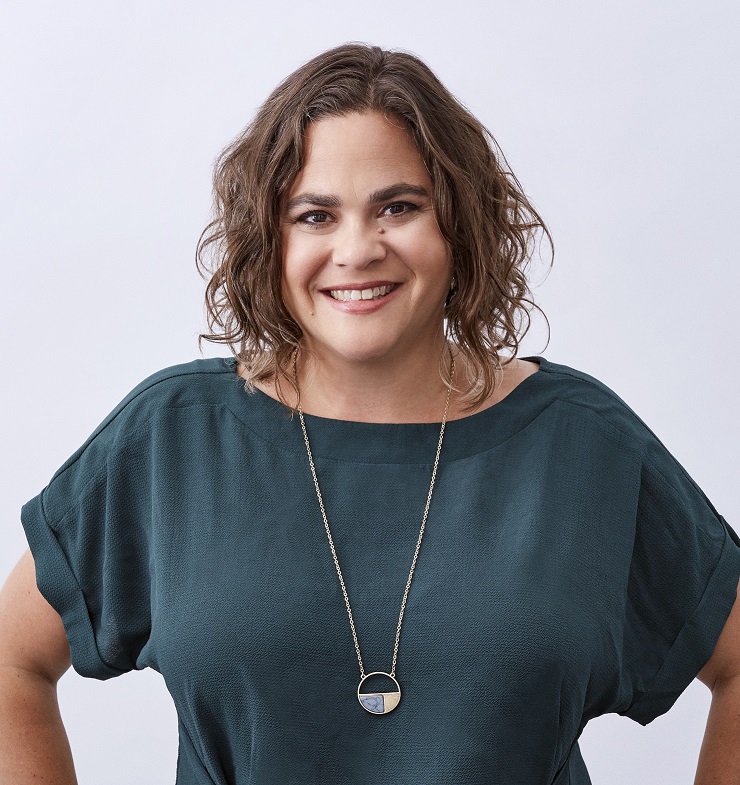 Jenny Lawson currently serves as Vice President of Organizing and Electoral Campaigns and has served as the National Campaigns Director at Parenthood Action Fund and Planned Parenthood Votes since 2012. For 4 electoral cycles, she ran the Independent Expenditure program. Her team of campaign directors and managers work with Planned Parenthood affiliates across the country to plan and execute legislative and electoral campaigns. In 2018, she ran the organization’s 20 million dollar independent expenditure campaign and helped lead the additional $20 million dollar Win Justice Program with Color of Change PAC, Center for Community Change Action and SEIU.

Jenny has worked in progressive politics and community organizing since 2000. She has worked as a community organizer in Portland, OR and Seattle, WA. Additionally, she led a statewide community organization with 8 offices throughout Florida that ran ballot initiative signature drives on redistricting reform, led enforcement legislative efforts on minimum wage increases and advocated for predatory lending reform. She moved on to coalition work and ran the America Votes table in Florida in 2008 and the State Voices table in Virginia from 2009- 2012. Jenny lives in Silver Spring, MD with her husband and three children. 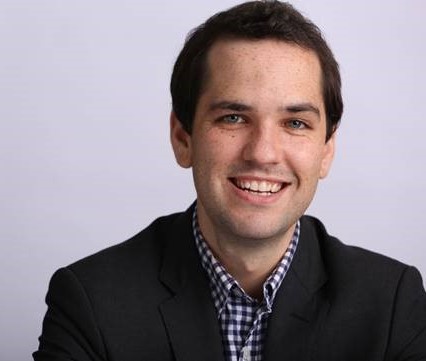 Ezra Levin is the co-founder and co-executive director of Indivisible. Prior to launching Indivisible in 2016, he served as Associate Director of Federal Policy for Prosperity Now, a national anti-poverty nonprofit. Previously, he served as Deputy Policy Director for Congressman Lloyd Doggett (D-TX), Field Director for Doggett’s 2010 reelection campaign, and an AmeriCorps VISTA in the Homeless Services Division of the San Jose Housing Department.

Along with his Indivisible co-founder (and spouse) Leah Greenberg, he has been named to the TIME 100 most influential list, as well as the Politico 50 list, GQ’s 50 Most Powerful People in Trump’s Washington, and Roll Call’s People to Watch in 2019. He holds a Bachelor of Arts from Carleton College and a Master in Public Affairs from the Woodrow Wilson School of Public and International Affairs at Princeton University. 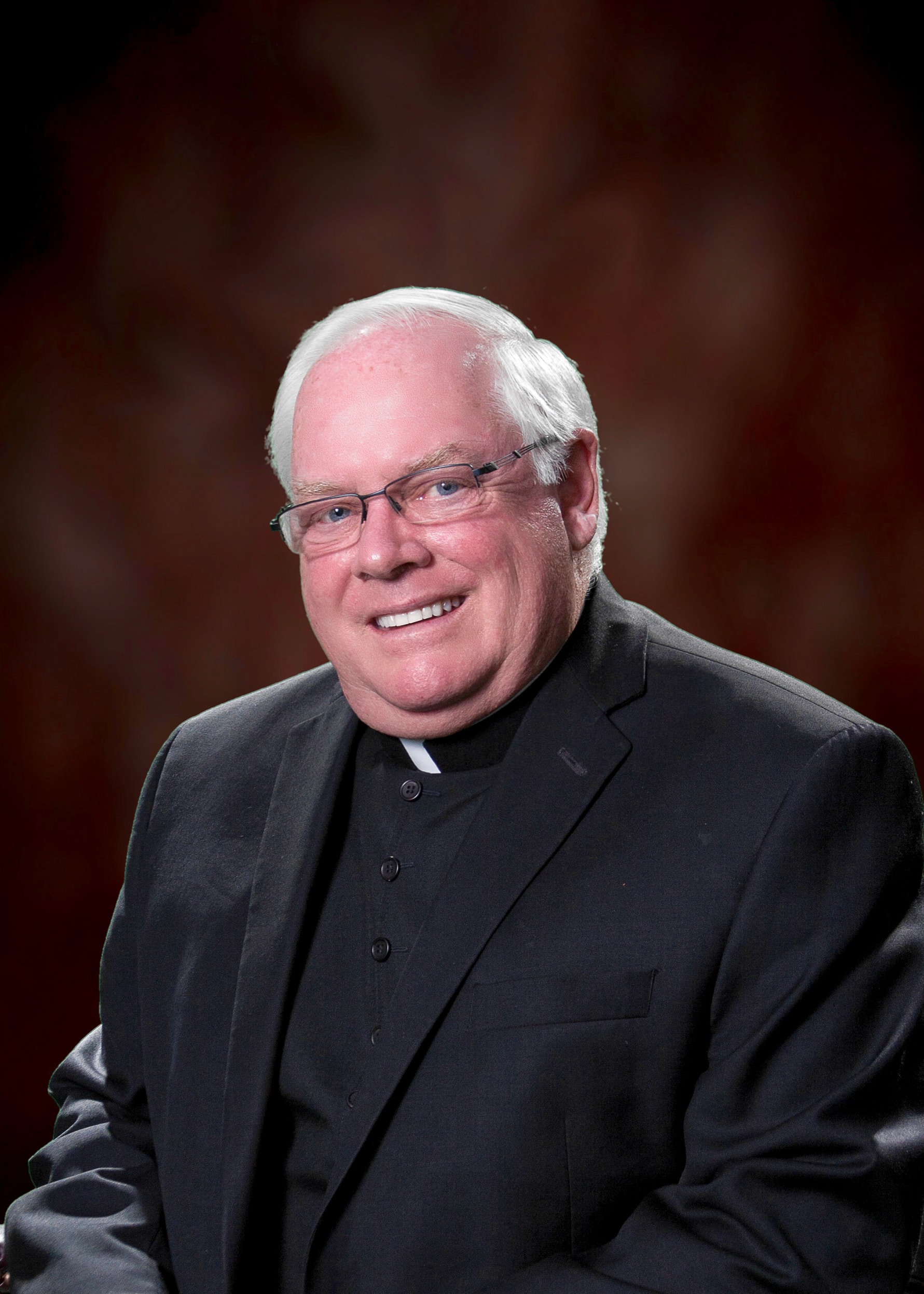 Rev. Walter G. Lewis is a Catholic priest of the Diocese of Richmond who has served in parishes in Southwest Virginia, Richmond and Roanoke. He has managed multimillion dollar development programs and supervised construction of two large church and school projects. 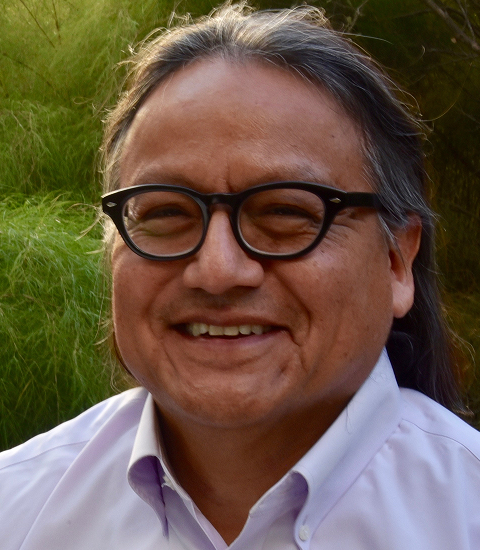 Gerald Torres is Jane M.G. Foster Professor of Law, Cornell Law School. Professor Torres is former president of the Association of American Law Schools (AALS). He is a leading figure in critical race theory, environmental law and federal Indian Law. Torres has served as deputy assistant attorney general for the Environment and Natural Resources Division of the U.S. Department of Justice in Washington, D.C., and as counsel to then U.S. Attorney General Janet Reno.

Torres has served on the board of the Environmental Law Institute, on EPA's National Environmental Justice Advisory Council. He was Board Chair of the Advancement Project, the nation’s leading racial and social justice organization. He is Chair of Earth Day Network and serves on the Board of the Natural Resources Defense Council. He is a board member of the Bauman Foundation. He is a member of the Council on Foreign Relations and the American Law Institute. Torres was honored with the 2004 Legal Service Award from the Mexican American Legal Defense and Educational Fund (MALDEF) for his work to advance the legal rights of Latinos. He has been a visiting professor at Harvard, Stanford and Yale law schools.