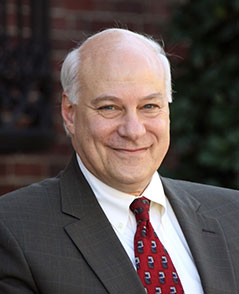 Gary D. Bass became the Executive Director of the Bauman Foundation in July, 2011. In 1983, he founded OMB Watch, a nonprofit research and advocacy organization promoting greater government accountability and transparency and increased citizen participation in public policy decisions, and directed it until moving to the Bauman Foundation. In 2016, OMB Watch folded into the Project On Government Oversight, another national nonprofit organization.

An expert on federal budgetary, program management, regulatory and information policy issues, Gary has published extensively, testified before Congress, appeared on national television and presented to groups across the country. Gary has led many advocacy campaigns—often in coalition with local, state and national groups—in pursuit of a government that promotes social justice and responds to community needs. He led OMB Watch and broad coalitions in successfully stopping proposals that would have undermined government’s role is serving people in need: a “no money, no mandates” measure that would have resulted in state and local governments being exempted from complying with federal laws; a constitutional amendment to balance the U.S. budget that would have seriously harmed human service delivery; a variety of regulatory provisions that would have undermined health, safety and environmental protections; proposals to eliminate the estate tax on wealthy individuals; and various efforts to silence the advocacy voice of charities across the country.

He has been a strong advocate for strengthening government transparency to empower citizens and community groups to challenge unchecked institutional power. In 1989, with support from the Bauman Foundation, Gary created RTK NET, (the Right-to-Know Network), a searchable website that provides information about toxic chemicals being released to the air, water, and land.  In the aftermath of the September 11, 2001 terrorist attacks, he spoke out against the erosion of the public’s right to know and helped form a powerful coalition, Open the Government, that includes journalists and advocates who advocate for more democracy and less secrecy. In 2006, he successfully championed passage of a law, co-sponsored by Senators Tom Coburn and Barack Obama, which required a searchable website of government spending. Uncertain that the bill would become law, OMB Watch built FedSpending.org, which ultimately became USAspending.gov, the website required by the law. He also led a “transpartisan” effort to present recommendations to the incoming Obama administration for improving government openness, which senior White House aides called a “blueprint” for the Obama administration.

At the Bauman Foundation, he remains active, both as a grantmaker and advocate, in efforts to stop the assault on federal regulations, promote government transparency to strengthen accountability, address economic inequality, and encourage civic participation for a stronger democracy. Looking to 2020, he has placed a priority on a full and accurate census and redistricting reforms.

He has received numerous awards, including being selected as one of the NonProfit Times Power and Influence Top 50 11 times, between 1999-2008 and again in 2010; and in 2011 he received the Chairperson’s Award from the Consortium of Citizens with Disabilities for his leadership and dedication in national public policy. He has been inducted into the FOIA Hall of Fame and in 2014, he was named to the Fed 100, a group of people who have significantly influenced government operations.

In addition to his role at the Bauman Foundation, Gary is an affiliated professor at Georgetown University's McCourt School of Public Policy where he teaches about nonprofit advocacy and social change. He has served on numerous boards and has been an advisor to many organizations. He is currently on the boards of The Arc, Economic Policy Institute, and Open the Government, and is a senior fellow of the Administrative Conference of the United States and a fellow with the National Academy of Public Administration.

Prior to founding OMB Watch, Gary was co-director of the Human Services Information Center with Jule Sugarman, the “father” of Head Start; director of liaison for the International Year of Disabled Persons; worked as a consultant on several projects in special education and the mental health of children and youth, most notably the preparation of the first annual report to Congress on the implementation of the Education of All Handicapped Children Act (P.L. 94-142), now called the Individuals with Disability Education Act; and served as special assistant to former Health, Education and Welfare Secretary Wilbur Cohen, then chair of the Michigan Governor's Task Force on the Investigation and Prevention of Abuse in Residential Institutions.

Gary received a combined doctorate in psychology and education from the University of Michigan, along with the University's highest award for graduate student teaching and several awards for academic excellence. 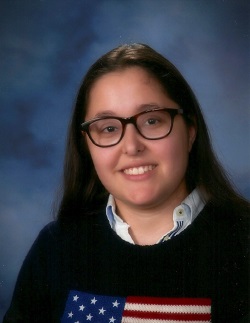 Emma Beckerman joined the Bauman Foundation as Program Associate in June of 2019. Prior to joining the Bauman Foundation, she worked as a Press Assistant for Senate and Gubernatorial campaigns at American Bridge 21st Century. Emma attended Trinity College where she earned her B.A. in Public Policy & Law in 2016. Some of her policy interests outside of work include criminal justice reform, transportation, and gun violence prevention.